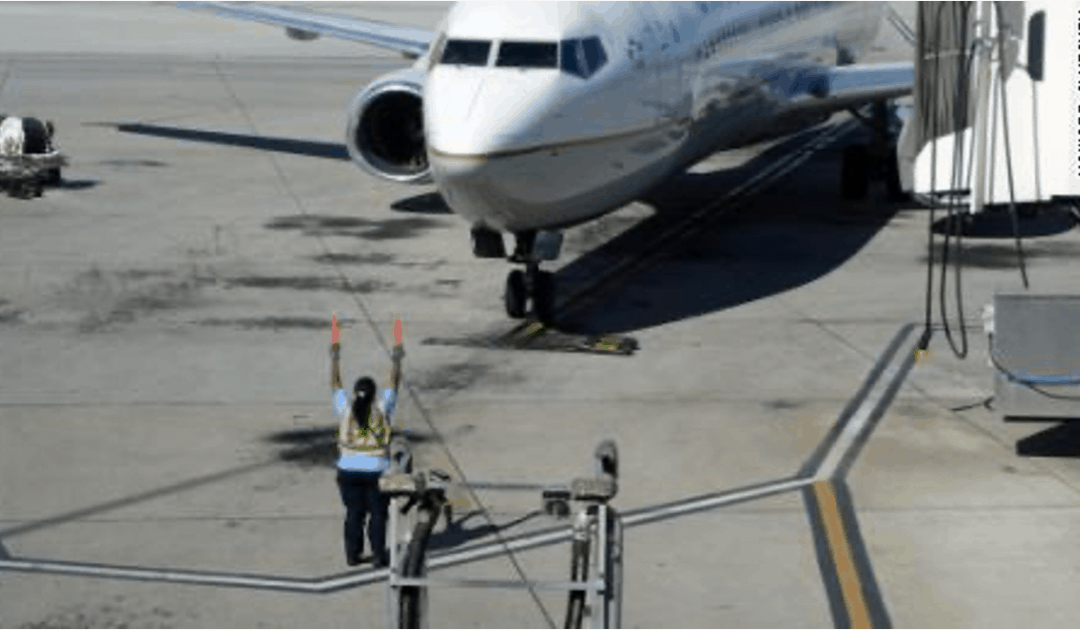 You know the drill…

As your plane lands, the flight attendants remind us (multiple times) to stay in our seats with our seatbelts fastened, “…until the plane has come to a full stop at the gate and the captain has turned off the ‘Fasten Seat Belt’ sign.”

In the ‘old days’ (before covid), I’d typically have my seatbelt unbuckled as soon as I felt that final braking halt at the gate, prepared to exit my seat the moment the seat belt sign extinguished.

Was this because I was frantic to get off the plane? Overly aggressive? Inconsiderate of others?

Most always sitting in an aisle seat, it was simply so that I could get my backpack from the overhead compartment and get my ‘stuff’ put back into it so as not to be in anyone else’s way.

With efforts to minimize the potential spread of germs (one in particular at present), a flight attendant proceeds down the aisle row by row. Passengers then arise and collect their things after the row in front of them has emptied- one row at a time.

The new routine minimizes the congregation of people in the aisle.

I think it’s a good idea, but not because I’m afraid of ‘catching’ anything, especially when everyone’s masked and many are also donned with protective face shields, hats, eye protection, and even rubber gloves.

It’s a good idea because it eliminates the mad dash to the overhead bins, the thrashing of elbows, and gnashing of teeth. And from what I can tell, the plane empties just as quickly as with the old system where ‘most assertive won the prize’.

On our flight from Guayaquil to the Galapagos last week, despite an announcement from the cockpit followed by (3) repetitions from the flight attendant (in Spanish and English), as soon as the plane stopped moving, a young man in Row 5 (three rows in front of us) jumped up, opened the overhead bin, and reached for his bag.

This of course means, “Please sir. Remain in your seat until it is time for your row to exit.”

He looked around. With an embarrassed expression he closed the bin and sat back down.

The guy who rose immediately simply didn’t listen to any of the (4) announcements.

Was he distracted and checking messages on his phone?
Had he just awakened and wasn’t fully coherent?
Was he simply responding like many of us did in the pre-covid ‘good old days’?

After the fact it doesn’t really matter does it?

Effective communication with this individual simply had not occurred.

This little example demonstrates that simple repetition doesn’t ‘cut it’. If the intended receiver is not paying attention, (4) or (40) repetitions will have the same lack of desired outcome.

Other than a bit of personal embarrassment for the guy in Row 5, there was no consequence to his not paying attention.

But what about when conditions are different?

What about where a momentary error or focus in the wrong place causes someone to get hurt or even killed?

Where a lapse in attention causes loss of key information, a wrong calculation, destruction of equipment, environmental damage, or a decimal point in the wrong place?

Effective Communication is a two-or-more-person affair. It requires clarity, attention, and comprehension. And when the ‘stakes’ have significance, some type of assurance should be required that the message understood equals what was intended.

We have a very simple tool that provides active control when you’re communicating important information, direction, or instruction.

Below is a video excerpt from our Human Performance BASIC Training™ iLearning Course that walks you through this simple behavioral tool. When used properly, it virtually eliminates mistakes in spoken communications.

At present, we’re all facing more distraction and stress than likely at any previous time in our collective lives. I am. You are. Your team members are.

Actively ensuring that our team members are (1) paying attention, and (2) understand what we intend or mean when communicating is more important than ever.

So here’s the question: What can you do to improve your verbal communications today?